How Do I Know Which Fitbit Model I Have? [Know The Exact Solutions]

Unlike this, I also found more incredible ways to find the number quickly. So, make sure to read this guide, everything will seem very normal after reading this guide.

How Do I Know Which Fitbit Model I Have?

Many questions may already arise in your mind about how to find the model of Fitbit. Don’t worry; here are some ways to find the right model number.

It is easy to know your Fitbit model through the Fitbit App. Download the Fitbit App on your Android or IOS to find out the model. Sign in to the App with a verified account. Once you’re done, tap “Today App” and select a profile picture. After that, you have to click on advanced settings.

Now, see the list of all Fitbit under the device section. Each of them has a different model number listed next to you.

Find your serial number by settings. Follow these steps to own Fitbit tracking model numbers, charging series, and similar models.

Another good way to find a Fitbit model number is through an Android fast pair. It is an obvious thing you must do when you reset or reboot your device for the first time.

But the matter of regret is that the Fitbit app can’t be installed on your device after rebooting or resetting. In that case, the Android fast pair will save you from the situation.

It will show the Fitbit model name and number also. Now, click on it to start downloading and set up the device properly.

Check on Fitbit’s product page. It is the quick and simplest way to find the model names compared to the above options.

Open Fitbit’s product page, then compare it with displayed products. Some watches may look similar physically, but confirmed by getting an idea from the model numbers. Check below to get a clear idea of it.

Ask them for the number and email them from your Fitbit App account. The customer care people may ask you some questions since they have to maintain some strict terms and conditions.

So, don’t become nervous. Provide them with all the information and briefly explain why you need the serial number.

You can try this last hope if none of the above methods work for you. Fitbit wristwatch box or packaging often comes with labels.

There the manufacturer engraved the serial number of the watch. You may find them either on the bottom of the Fitbit watch box or on the side of the package.

Why Do You Need to Know Your Fitbit Model?

Knowing the Fitbit serial number, brand, and other models of Fitbit is an obvious matter for anyone for some basic reasons. Almost every model of Fitbit is varied and different from the others.

While looking similar, some Fitbit watches usually come with two different types-Fitbit trackers and smartwatches. Herein are a few key points of why one needs to know the Fitbit model specifically.

Sometimes it may seem necessary to sell the old Fitbit. In this situation, you must have known all the details of the Fitbit watch. Because with a real serial number and model, it is easier to sell the products or convince buyers.

Users of Fitbit’s trackers are limited to exercising, monitoring their health, and accessing fitness apps. But a smartwatch can do more than this.

It can make calls and record your workout, exercise, and other health issues. The Fitbit smartwatch shows you an ultimate result to inform you whether you need to improve.

All of these can be possible if the serial is in your hand. Because the watch’s serial number helps to distinguish between products.

Unlike Apple, Garmin, and other smartwatches, Fitbit watches are always one step ahead of others due to their prestigious traits. In terms of unique features, Fitbit always brings a twist to its watch series each year.

You must know their serial number to learn these additional features and actions and compare them with others. With the help of a serial number, it is easy to tell the seller which model you want to buy specifically.

4. Find Out the Lost or Stolen Fitbit

Finding out the lost or stolen Fitbit Apps is more challenging than anyone thinks because Fitbit still needs to engrave their serial number on their watch body.

Even though they won’t include access to your serial number on the Apps or Fitbit account’s online dashboard.

If your Fitbit app is stolen or lost, it seems very difficult to provide serial numbers if requested by the police.

Therefore, knowing the Fitbit serial number of your everyday wristwatch may save you from this troublesome situation.

Is the Serial Number Really Matter?

The serial number in any product is important due to distinguishing the specific one from others. A serial number of a model is used for both warranty control and version control.

Especially in the wristwatch, serial numbers play a vital role in identifying the traits of different models of different brands.

What to do If I don’t have the Serial Number?

Despite the lack of a serial number, it is possible to determine what Fitbit you wear. You can use the Fitbit App installed on your Android/iOS. A watch can also be used to find the serial or model number.

When you open the Fitbit device, swipe left to find apps, then pair it with your phone. You can also confirm the matter by searching online or checking the Fitbit product page.

What is The Difference between Fitbit Smartwatch and Tracker?

One most common difference between the Fitbit tracker and the smartwatch is their using functionality. Fitbit tracker is good for tracking health and exercise.

A smartwatch keeps tracking your fitness, but you can also check delivery notifications, step monitoring, and updates with one click button.

Where is the serial number on a Fitbit?

Fitbit’s watch always has a unique serial number to identify each separately. Look at Fitbit’s original packaging to find out the serial number.

You will find a label on the side or bottom of the Fitbit box. On a label, you will see two barcodes. One is for the usual UPC, and the other is for the watch serial number.

How Can I Tell Whether I Have a Fitbit Versa 2 or Versa?

There are numerous ways to differentiate between Fitbit versa and Versa 2. But the quickest way to detect their difference is to check their physical structure.

The Fitbit versa 2 almost looks like the original Fitbit versa. Square, rounded and stylish with chamfer edges, it has the same square face. All the edges are made of solid anodized aluminum. But the Versa 2 has only a button on the left with an even finish display.

Hope so; you may take a little relief from the anxiety you get the first time; how do I know which Fitbit model I have and what to do to find them?

Those mentioned above are the most recommended and proven ways to find the exact number of Fitbit models.

Follow each way appropriately and take all of them. Keep continuing to try out each way by maintaining a sequence.

Anyway, make a strict oath from now that you never throw away the watch box in the future without writing down the serial number in a diary or saving it in a file. It helps you to avoid any further consequences of this. 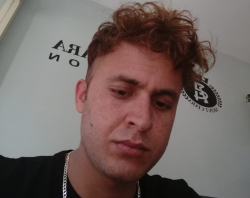 Samsung Galaxy Watch Tips and Tricks | The Time to Start Mastering Yourself Is Now!!

Get to Know How to Reset Garmin Vivoactive 3 within a Snap!

Are Apple Watch Band Interchangeable? [know the Answer from Expert]