How Does A Quartz Watch Work | Get To Know In Details

Watches that are operated with quartz movement are called quartz watches. Quartz brings one of the watch industry’s biggest revelations, though it was invented after a thousand years of mechanical clock technology.

Before the Quartz, watches were run through a complex gear system. When Quartz was introduced in the market, it made the revolution and turned it upside down in a few years. Relatively, Quartz has a simple way of working and movement operation.

Quartz watches are the best alternatives to mechanical watches. They are so reliable in keeping time. Here I will explain in detail how quartz watches work.

What is a quartz watch?

Quartz is the most advanced way of the watch movement. It almost overturned the entire watchmaking industry. Efficiency and accuracy are the reason for its popularity. The Quartz watches precisely tell times without going through the complex network of gears.

A quartz watch is an electronic oscillator that is controlled by a quartz crystal to tell time. Crystals oscillate at very precise frequencies, which keep time in the most accurate way.

They are very accurate and are used in many applications where precise timekeeping is required, such as in clocks, timers, and stopwatches.

These watches are super effective and reliable. Whether the watch gets shocks or long-term wear, it will give accurate timekeeping throughout the use time. This is why you can find this movement system in high-end timepieces.

Today, quartz watches are some of the most accurate and widely-used timepieces in the world. And while they may not have the same emotional appeal as a vintage mechanical watch, their precision and reliability make them an excellent choice for everyday wear.

The history of the quartz watch began in the early 20th century when researchers began experimenting with using electricity to keep time.

Despite the fact that the first quartz watch was created in 1927, the technology was not advanced enough for it to be used in watches until the late 1960s.

Jacques and Pierre Curie invented Quartz in 1880. They found that it has some amazing properties; surprisingly, it is piezoelectric. That means Quartz produces an electric charge when it is bent.

Next 1928, Warren Morrison found that if a charge was put through a quartz crystal, it could keep a steady beat. That was the time when the quartz watch was developed, which recreated a significant position in the next few decades of watch development.

Quartz generates an oscillating voltage on its surface and works like a back-and-forth movement. After that, cutting-edge technology keeps combined with Quartz in order to keep the oscillator running for a long period of time. Later, it becomes the perfect way to power a watch.

How does a quartz watch work?

Quartz watches are electronic timepieces that are regulated by quartz crystals using an electronic oscillator.

This crystal oscillates at a very precise frequency, which is used to keep time within a small margin of error. The reliable frequency from the crystal gives the most stable and accurate results.

The accuracy of quartz watches is more precise than any other mechanical watch. Below I have explained the whole process of a quartz watch.

Read Next: How to use a rotating bezel

Till now, quartz watches are the most reliable and accurate watch type in the market. It vibrates at a subtly different frequency at different temperatures and pressures. Warm, cool, or ever-changing environment around us, hardly any change or manipulation in keeping time.

According to this theory, whether your wear the watch on your wrist or not, there will be no effect, and the watch will keep time better. With a significant temperature shift in any environment, you will get the most accurate time result.

Furthermore, Quartz will vibrate only when you put electricity through it as it is piezoelectric. It tells the exact time in both directions. So it is the most efficient power source, and this is why quartz watch batteries last quite a long time.

Quartz watch requires a battery to power the watch. The quartz in the watch doesn’t produce vibration without an electric charge.

The battery provides a small electric volt via the quartz crystal, which vibrates at a very high frequency. This vibration is used to keep track of time, and quartz watches are known for their accuracy.

While quartz watches are very accurate, they do require periodic battery changes. The battery in a Quartz watch can last up to two years. However, replacing the battery can be an easy task by following some tricks.

Why are Quartz watches best?

The accuracy of quartz watches is due to the fact that the quartz crystal oscillates at a very precise frequency. This frequency is used to keep time. Quartz watches are battery-operated and do not require winding. The battery in a quartz watch will last for approximately two years.

Quartz watches are widely considered to be the best type of watch on the market. They are highly accurate and require little maintenance, making them an ideal choice for those who want a reliable watch that will last for years to come.

There are many reasons why quartz watches are the best type of watch, but most common reasons are

– Much more accurate than mechanical watches.

– More stylish and come in a variety of designs.

1. Do quartz watches run out of battery?

The quartz watch’s battery is designed to last at least two years. Determining the battery type, it can run longer or less. So consider the battery quality as well while buying a quartz watch.

2. What is so special about quartz watches?

Quartz watches tell the time in the most way. There is no mistake even in temperature change. This is the special aspect of quartz watches.

3. How long does a quartz watch last?

The quartz of the watch can last 20-30 years in the watch. But the electrical components of the watch get wear out and stopped working.

Yes, quartz watches need oiling and cleaning so that the watch last longer and works precisely. The electric components system has critical gears that require oiling to work smoothly.

5. What causes a quartz watch to stop?

Different reasons are responsible to stop the quartz watch. The most common problem is a dead battery. If electricity doesn’t put through the quartz, it won’t work. Moreover, poor quality, water damage, worn-out components, etc. are also responsible for the watch stops.

6. Why are quartz watches cheaper?

Quartz is cheaper to buy compared the mechanical watches. Moreover, quartz counterparts are reasonable for their cost-efficient manufacturing process. On the other hand, mechanical watches require to follow strict specifications.

In conclusion, a quartz watch uses an electronic oscillator that is regulated by a quartz crystal to keep time. This makes the watch more accurate than a mechanical watch.

The battery in the watch powers the oscillator and the movements of the watch are controlled by an integrated circuit.

Quartz watch can last for years, and it provides the most accurate time-telling. So it is worth buying a quartz watch. 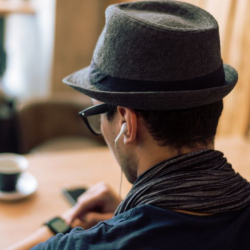 MR Sony
MR Sony is a watch enthusiast who has been using watches since 2002. In 2020, he founded the luxury watch blog(Pickedwatch.com). Before starting the site, he spent four years as a contributing editor to multiple web blogs, where he wrote about luxury lifestyles.

Why are omega watches so expensive | Things You Should Know

Why Are Swiss Watches So Expensive | A Detailed Explanation

Tags: How accurate is a quartz watch?

Are Apple Watch Band Interchangeable? [know the Answer from Expert]